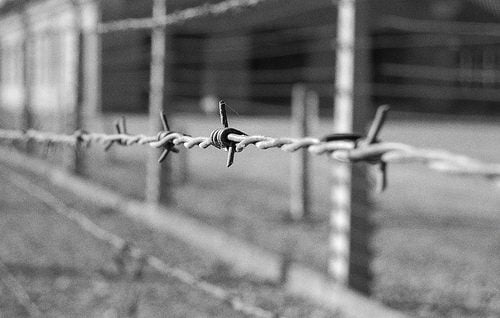 Choice: Between Stimulus and Response

Have you ever tried to smile and think of a negative thought? Usually the result is that either of the feelings will emerge victorious. Whether you will feel better because you smiled or that you will eventually feel bad and frown, this is an important and often overlooked fact in human psychology.

Humans cannot really hold attention on more than one thought at a time. This is the key to mastering yourself in this life.

Victor Frankl was an Austrian psychiatrist who ended up in a concentration camp during World War II. He witnessed, first-hand, numerous atrocities and was a victim of German experimentation himself.

However, he observed that people trapped in the camp had different ways of dealing with their dire predicament. Some people lost the will to live, others went mad. Some men turned on their fellow inmates, while some ended their lives in suicide.

There were others, though who turned out quite differently. There were men who went from hut to hut, and gave away their last piece of bread. They encouraged the men, women, and children of the camp to keep on living. They gave them a reason to hope for a better future.

Why were these men, in the face of overwhelming despair, still able to master themselves enough to help others with their problems? This is what puzzled Frankl. And he would eventually find out why when he was tortured.

Frankl believes that between stimuli and response lays the choice of man to react to any given circumstance. He has practiced this in the concentration camps and his sense of future vision helped him survive. He realized he had a choice, and his choice was to live.

The human animal is the only organism so far known to be aware of its own existence. Untrained, this awareness does not help him overcome his instincts to react to any given situation. Frankl has found out that it is possible to use the will to make a choice on how one can react.

Other theories also hold true to this tenet. Sales people have long practiced that if one smiles long, he will eventually feel good about himself. In essence, he can make himself feel anything he wants. In essence, it is outside-in.

Smile even if there is no reason to smile.

It will foster a sense of positivism that drives out negative thoughts. This is a two-edged sword. Try to frown and you can find yourself too serious to even let people near you. Our thoughts are fluid and they are ever in one state to the other.

The challenge is to keep them where you want them.

The Buddhists have long recommended breathing methods to clear the cobwebs from your everyday life. They believe that a sense of detachment and awareness of one’s state is the key to dealing with unbalanced emotion.

The effect of breathing is that concentrating on the breath is a source of steadiness that is much needed when one needs a sense of control. Breathing deeply and concentrating on it also loosens hold on the ego. It supplies the body with more oxygen to fight the effects of stress.

The Buddhists sense of detachment lessens the stress of responsibility by teaching the practitioner to not be concerned on the outcome of a task, but to only enjoy the process. Coupled with an emphasis on simplicity, compassion, and exercise, the lifestyle Buddhists lead is full of activity yet does not affect their outlook in life.

The test is still to catch yourself when you are too stressed to function well. This is where choice comes in. You make the choice to stop work when going on will be counter-productive. You choose whether it is feasible to commit to a project when you know you already have your hands full. Awareness is the gauge that tells you when you have too much. Choice is the lever that you turn to ease the pressure.

Part of choosing is when to say no. When presented with an opportunity. You must ask if the opportunity is feasible and if there is time to devote to it? If it is not, then there should be no shame in declining. Overloading oneself is another sign of poor choice, and doesn’t do you or anyone, for that matter, any lasting good.

The key is the awareness to respond with an appropriate choice.

This is part fourteen of 15 (yes, fifteen!) posts about The Ultimate Guide to Improving Your Self-Confidence, subscribe to our newsletter by clicking this link to receive free updates (not to mention a FREE E-Book!).

Part I: The Shocking Truth About Self-Confidence
Part II: 5 Little-Known Factors That Could Affect Your Confidence
Part III: 5 Surprising Characteristics of Someone Who Fears Rejection
Part IV: How to Cope With the Fear of Losing Your Loved One
Part V: How to Overcome the Fear of Failure
Part VI: Warning: Do Not Let Your Shyness Overpower You
Part VII: The Minimalist Guide to Good Posture
Part VIII: Secrets of Supermodels: How to Walk with Confidence
Part IX: 8 Steps to a Proper Handshake
Part X: How to Improve Self-Confidence through Eye Contact
Part XI: How to Utilize Self-talk and Develop Your Self Confidence in 7 Minutes
Part XII: Can’t Keep Up? 5 Ways to Simplify Your Attitude Towards Life
Par XIII: How to Set S.M.A.R.T. Goals and Reach Them in Record Time

To our success in all areas of life,
Argel Tiburcio
I’m on Facebook: http://www.facebook.com/argeltiburcio

Founder and CEO at ArgelTiburcio.com
When he is not busy watching "The Office" or playing 1st person shooting games, Argel consistently invests in the stock market, both local and global, plus cryptocurrencies. He plays-to-earn with NFT games, reads a lot of books, and loves to learn. He also helps Pinoys create, manage, grow, and protect their wealth as a licensed financial adviser. Get in touch with him by sending an email to contact[at]argeltiburcio.com