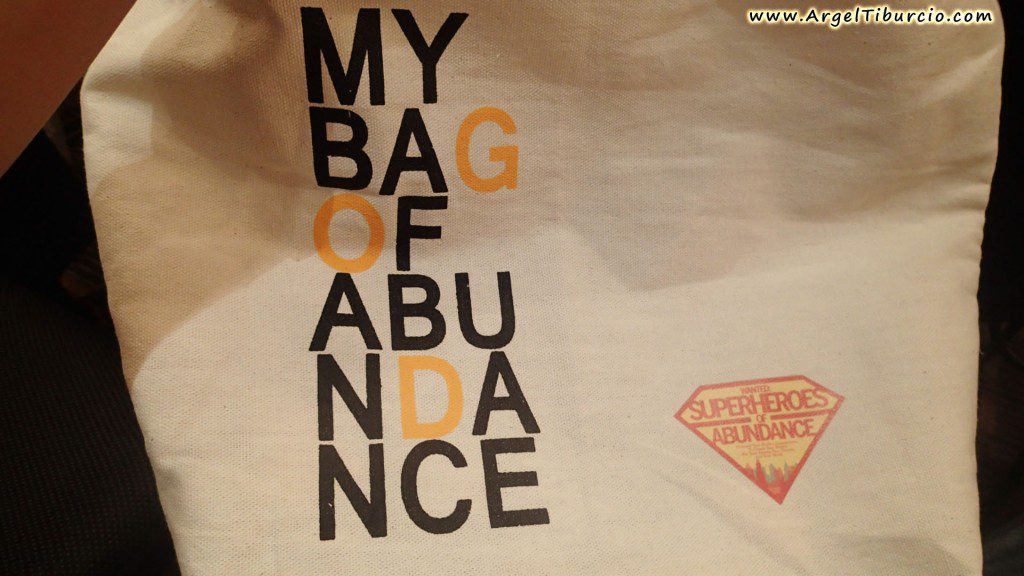 Another Day of Abundance

After the first successful and learning-packed day of the Truly Rich Club Wealth Summit 2013, I can tell you that I already have my money’s worth.

I cannot believe that there will be more business mentors and investors for day two that will fill our minds with knowledge and relate their first hand experiences in the world of business and investing.

But before I start telling you about the speakers of the day, let me tell how my day started with a generous blessing. (If you don’t know yet, God is a very reckless and generous giver)

I arrived early for the Saturday session at the PICC because the traffic was light and I did not encounter any problems while taking public transportation.

Entering the conference hall, I quickly grabbed the best seats in the room. Little by little, the crowd began to fill-up the venue.

Then, an LPG Retailer named Michael (he was one of the attendees in our table while we were having our networking lunch from day one) asked if there was anyone sitting beside me. There was no one in my adjacent seat so I gladly said that it wasn’t taken yet.

A few conversations after and as the seats were gradually taken, I discovered that he was living close to my side of town and so he offered me a ride home.

Wow, day two hasn’t even warmed up yet but the blessings was starting to pour.

But it doesn’t end there, another seatmate of ours was living a few blocks away from his home! Of course she was invited to tag along the ride home as well. Michael, if you’re reading this, thank you!

Kicking off the second day is the very lively Dean Pax Lapid. He talked about How to Start Your Super Business. One of his set of slides featured one of my favorite personal finance books, The Richest Man in Babylon. Particularly, the Five Laws of Gold. If you want to find out what those laws are, click here.

He also told his amazing story of creating the book How to Turn Your Passion Into Profit (the one I’m holding below). It was just a few months in the making ans it just started with a few discussions with his co-author and founder of the Truly Rich Club, Bo Sanchez and then poof! The book was launched successfully a day after the Wealth Summit (and I got a copy of the book a day before it was launched). 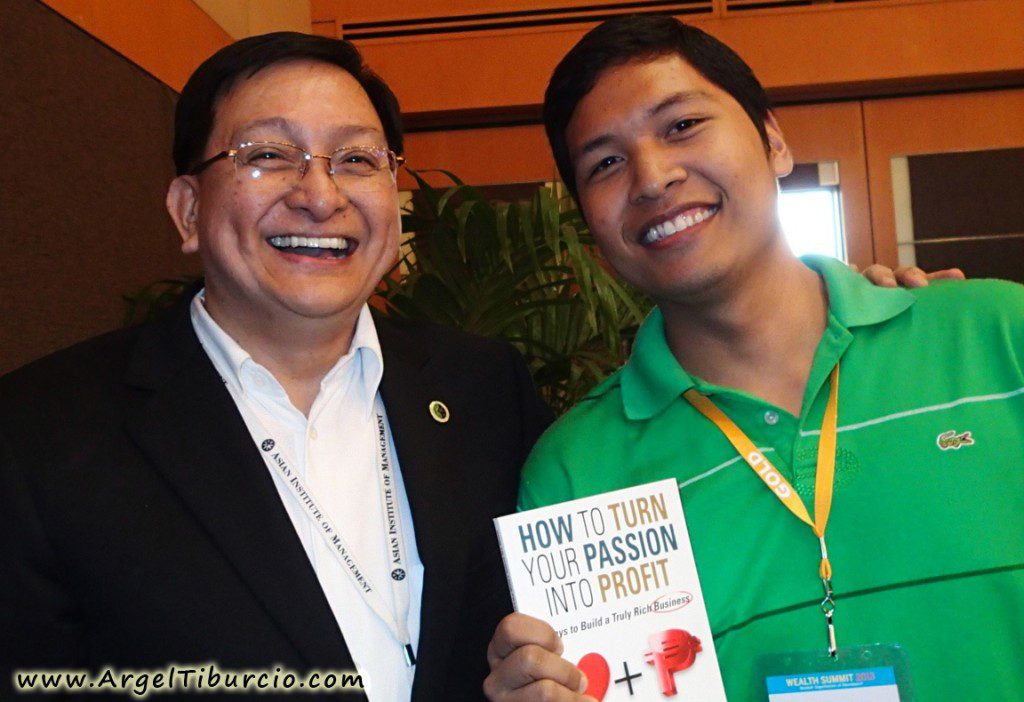 Starting your business is one thing

But growing your business is another. And Bo Sanchez made sure that he got us covered.

His talk delved into How to Grow Your Super Business. A key takeaway from his talk is to make the cause of your business bigger and more encompassing than just doing it for the money.

This way, you do not create an imaginary ceiling as to what you and your business can achieve. 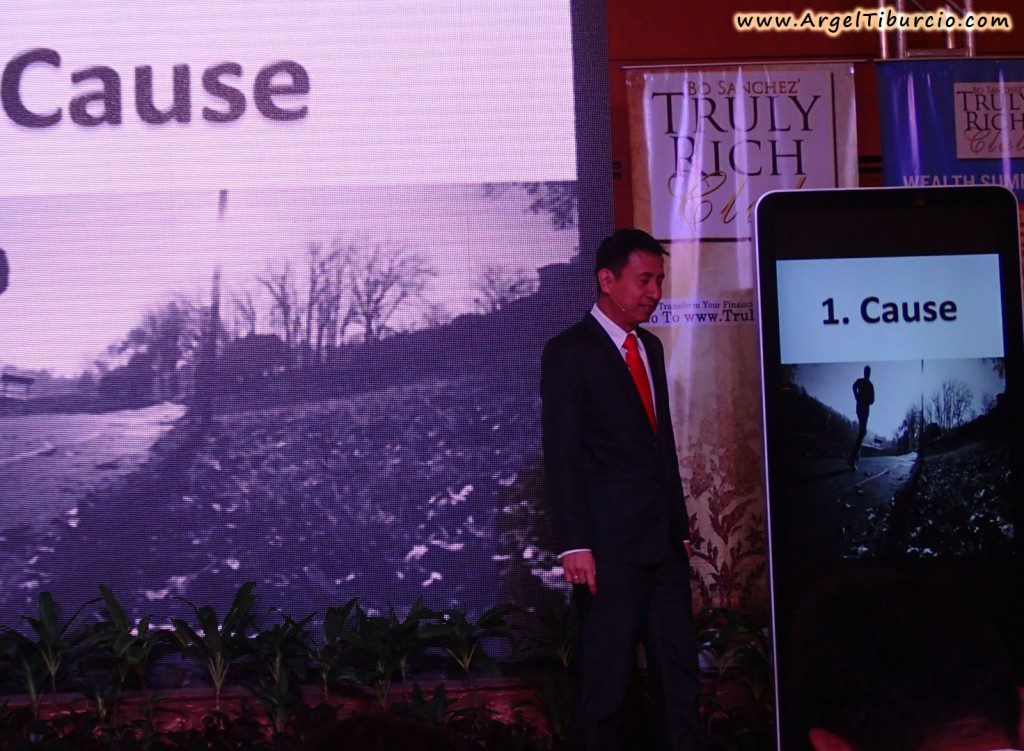 Growing it One Step at a Time

If starting and growing your business is not your thing, you can buy an existing business called a franchise.

Being a franchisee is not as easy as it seems and it was just right to interview two franchisees of two famous brands that we Filipinos probably know.

Dean Pax Lapid picked the brains of Emily Carpio, a former Pharmacist that was one of the pioneer franchisees of The Generics Pharmacy.

Also interviewed was Boy Manguerra, who quit the world of politics and decided to pursue his dream business which is all about food. Boy is one of the first persons who were offered an opportunity to invest in the Mang Inasal franchise.

Speaking of franchising, I also had the opportunity to meet a 7-11 franchisee, Peter, while eating at the networking lunch from day one. One thing I learned from him is that it’s not always about the location or foot traffic that determines the profitability of the franchise. 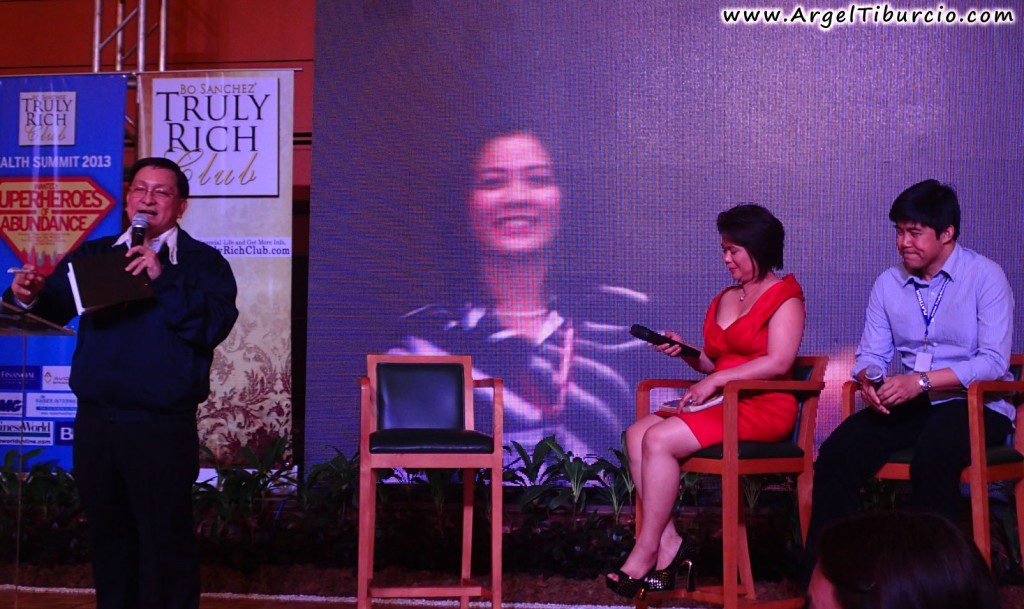 Networking lunch shortly followed and then led to the next interview session hosted by Jomar Hilario.

They are all internet superheroes in their own respects but you might be shocked with what they are doing before earning from the internet.

Jan Hilado will really capture your attention because he is just in his early twenties yet he is earning a 6-to-7 digit income as an online marketer, networker, speaker, author and trainer—all while doing the things he loves. WOW!

Among the other interviewees were Sha Nacino, book author and founder of Seminar Philippines while having a day job at a multinational bank! Paolo Abadesco, who is the main man behind the websites of the Truly Rich Club. 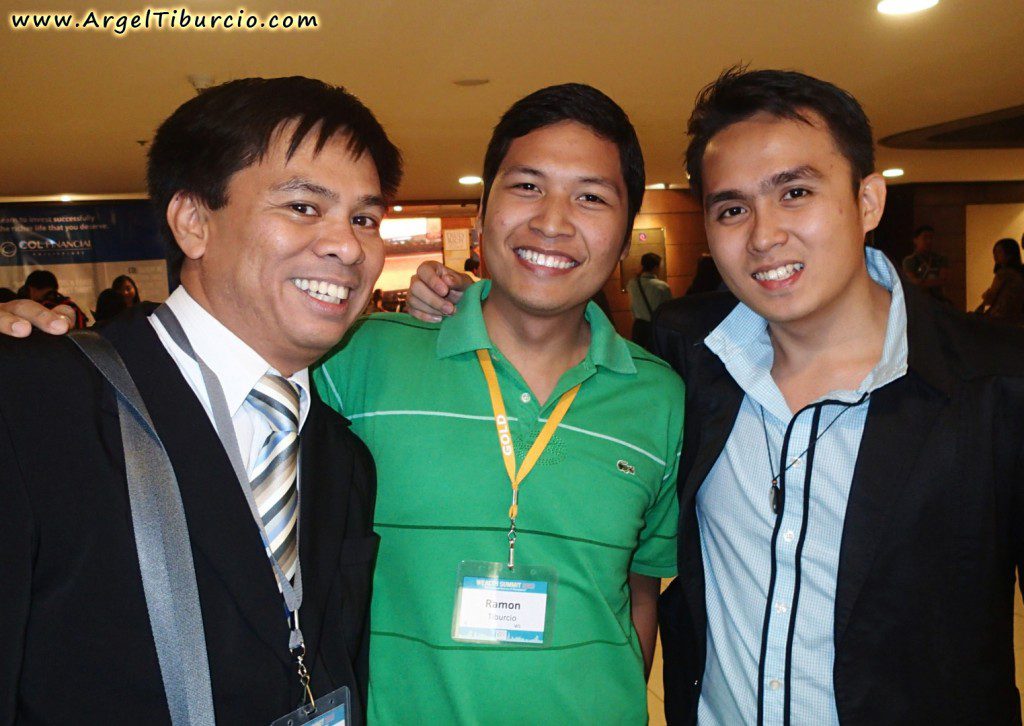 Since dreaming big is one of the factors of success, four big time business owners share their wisdom about what it takes to build a Giant Business. 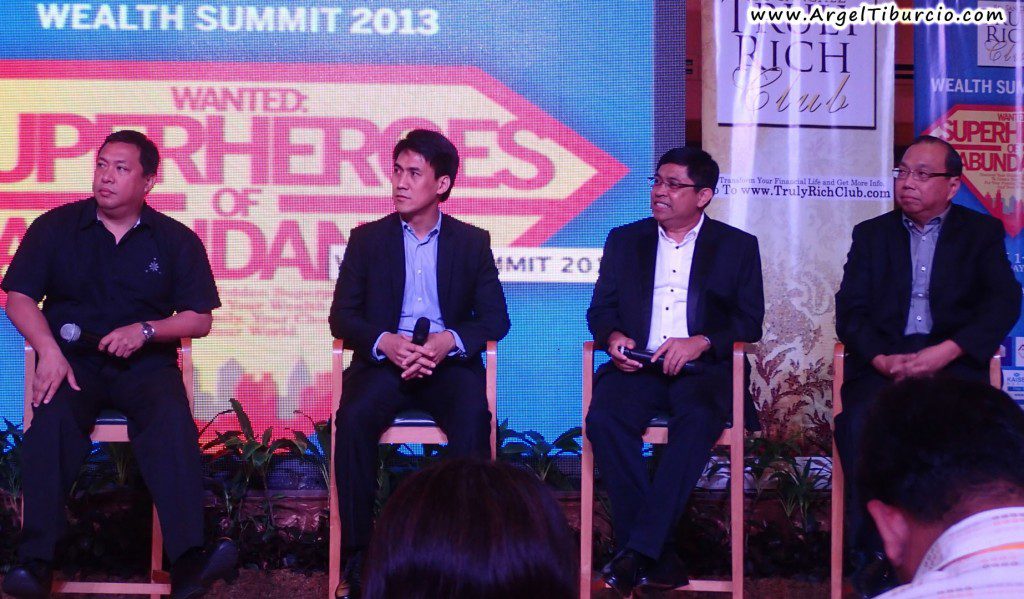 And to cap-off the second day of the Wealth Summit was Rex Mendoza from Philam.

I wouldn’t have wanted day two to end in any other way.

His story was very funny but at the same time it delivered powerful lessons that equipped us with the right mindset, the right attitude and the right lessons to become successful employees, entrepreneurs and investors all in one! 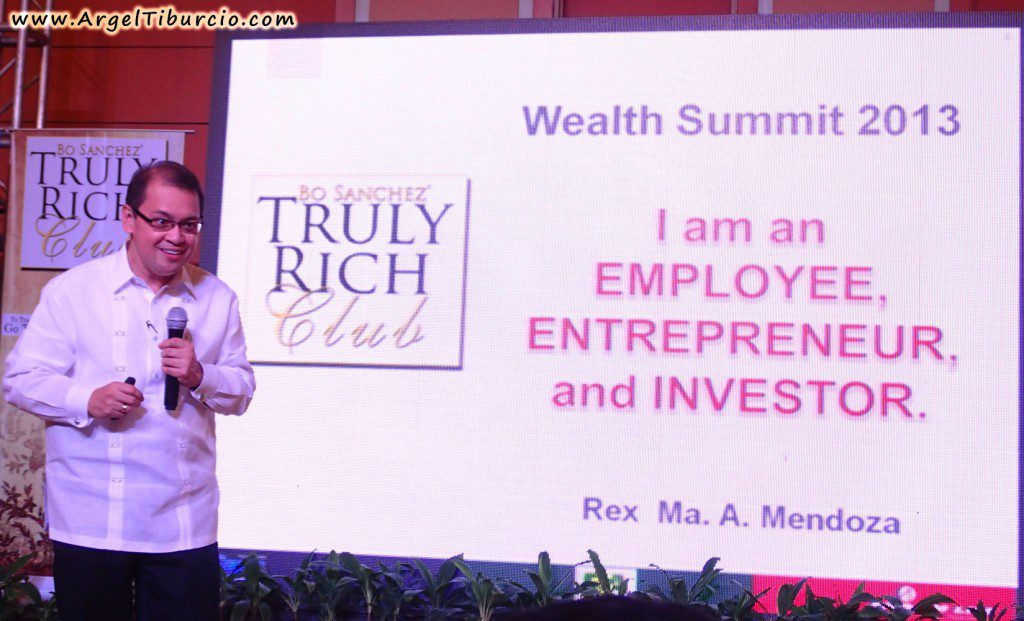 Whew! That concluded the two-day seminar where I invested my 5,975 Pesos.

Pretty darn great, if you ask me.

Before I close this post, I just want to give a shout out to the following people that I’ve met over the course of the Truly Rich Club Wealth Summit:

Keep in touch guys! You know how to reach me. 🙂

To our success in all areas of life,
Argel Tiburcio
I’m on Facebook: http://www.facebook.com/argeltiburcio

Founder and CEO at ArgelTiburcio.com
When he is not busy watching "The Office" or playing 1st person shooting games, Argel consistently invests in the stock market, both local and global, plus cryptocurrencies. He plays-to-earn with NFT games, reads a lot of books, and loves to learn. He also helps Pinoys create, manage, grow, and protect their wealth as a licensed financial adviser. Get in touch with him by sending an email to contact[at]argeltiburcio.com