Home > Life Insurance > Personal Finance > The Last Dance: What do Scottie Pippen and Insurance have in common? 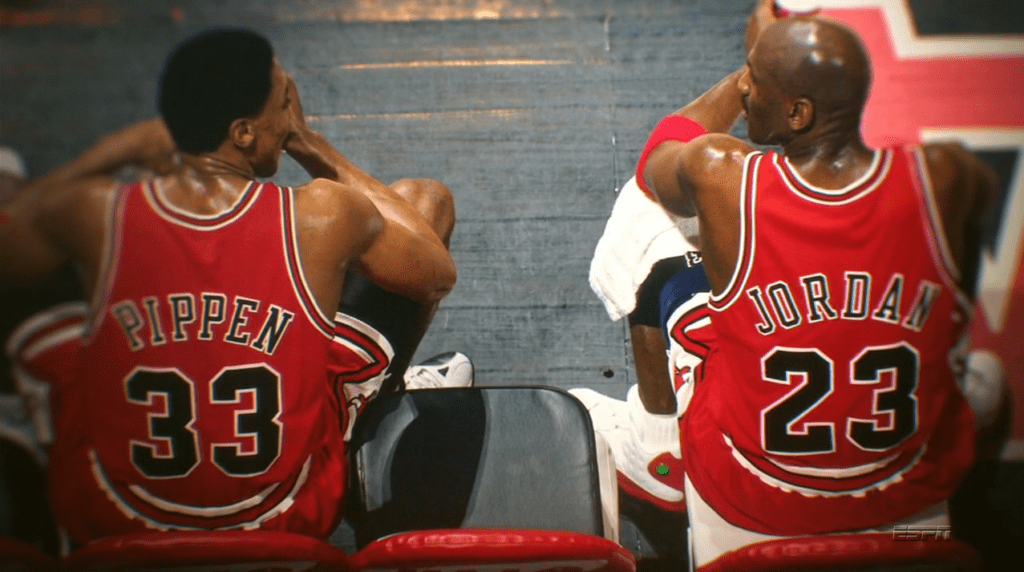 “Scottie Pippen was the underrated, underappreciated ‘Robin’ to Michael’s ‘Batman’”

I was watching The Last Dance, and episode two talked about the NBA’s best #2 player, Scottie Pippen.

Despite him being #2 in his team, the Chicago Bulls, for Scoring, Rebounds, Minutes Played, and #1 in his team for Steals and Assists, he ranked #6 on the Bulls (and 122nd in the whole NBA!) in terms of SALARY.

He was clearly UNDERPAID at that time but as the story about Scottie unfolded, the episode gave a background of Scottie’s family to give a perspective on how he got to that situation.

One night when he was around eleven or twelve years old, his father suddenly suffered a stroke. His father lost his speech and got stuck on a wheelchair and bedridden for the rest of his life.

Six years BEFORE that incident with his father, his brother got into an accident at school when his classmate fell on him on P.E. class. It paralyzed his brother.

Imagine having two people in his family on a wheelchair and needed special care.

This, to me, played a huge part on Scottie deciding to LOCK IN his salary from the NBA for seven long years.

Don’t get me wrong, $18 Million at that time was huge but analysts say that he sold himself short when he signed that long-term contract. He could have had at least 9 or 10 times more!

This is what he had to say:

“I felt that I couldn’t afford to gamble myself getting injured and not being able to provide. I needed to make sure that people in my corner were taken care of.” ~Scottie Pippen, The Last Dance episode 2

He wanted to MAKE SURE that his family is well taken care of.

He locked in those earnings because if ever something happens to his ability to earn his income (like having a major injury), he will still be able to PROVIDE for his family.

He INSURED his income by signing a long-term contract.

You see, that is also how LIFE INSURANCE and HEALTH INSURANCE work.

If you really LOVE your family and want to be a RESPONSIBLE breadwinner, you will make sure that you and your family have PEACE OF MIND by having adequate life and health insurance.

During these times of quarantine, I can help you become adequately insured while maintaining Physical Distancing.

You can now meet with me online and get your insurance online!

Hey, are you a Parent or Family Breadwinner? I created a COMPLETE GUIDE for Parents and Family Breadwinners to Buying Life Insurance.
It's completely FREE!
Download it by clicking the button below:
Get Your FREE Guide Here

Founder and CEO at ArgelTiburcio.com
When he is not busy watching "The Office", lounging at the beach, or playing 1st person shooting games, Argel consistently invests in the stock market, both local and global. He loves learning through books, training, seminars, and workshops. He also helps Pinoys create, manage, grow, and protect their wealth as a globally-certified Professional Financial Advisor. Get in touch with him by sending an email to contact[at]argeltiburcio.com